Posted by Shambhallah at 15:30 No comments:

What in the Wold is Happening with the World?

Posted by Shambhallah at 00:23 No comments:

"Previously, curcumin (in tumeric) exhibited antiviral properties against several viruses, including dengue virus and hepatitis C virus, among others. Here, we describe the antiviral effect of curcumin on Zika and chikungunya viruses, two mosquito-borne outbreak viruses. Both viruses responded to treatment of cells with up to 5 μM curumin without impacting cellular viability. We observed that direct treatment of virus with curcumin reduced infectivity of virus in a dose- and time-dependent manner for these enveloped viruses, as well as vesicular stomatitis virus. In contrast, we found no change in infectivity for Coxsackievirus B3, a non-enveloped virus. Derivatives of curcumin also exhibited antiviral activity against enveloped viruses. Further examination revealed that curcumin interfered with the binding of the enveloped viruses to cells in a dose-dependent manner, though the integrity of the viral RNA was maintained. Together, these results expand the family of viruses sensitive to curcumin and provide a mechanism of action for curcumin's effect on these enveloped viruses."
https://www.sciencedirect.com/science/article/pii/S0166354216307483

Posted by Shambhallah at 20:32 No comments:

Is the Carona Virus Infomation a Hoax? 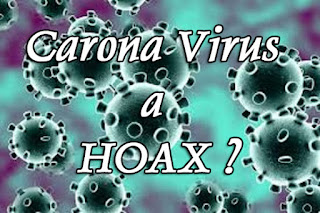 Is the new viral warfare is being waged via the media, not in laboratories?

I think we are all feeling that something is not adding up here ... so lets crunch some numbers...


LAST YEAR The Guardian news paper reported, that at the start of our flu season: "So far this year there have been 131,000 flu cases across Australia and 287 deaths nationally, according to the federal health department.".Jul 8, 2019

No one was running screaming into the streets then - These countries did not go into quarantine.

So why this panic now???

Channel 7 news reported that, in Melbourne alone, we had over 4000 cases of people who contracted the flu AFTER they were administered  the flu vaccines.  Health authorities have revealed more than 4,000 Victorians fell ill with the flu virus, in June 2019, even though they'd been vaccinated. The figures emerged after the death of a young father - who had the vaccination - but contracted the flu.*


Why didn't this create panic???

So if we compare that to the statistics being flaunted at us - then China is just in the grip of a winter flu... the same as every other country in the norther hemisphere right now!!!

And they are managing it very responsibly.

However, the statistics from Asia (News Vietnam) is far less shocking than the sensational headlines 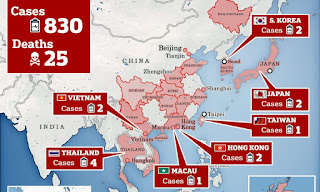 These statistics show an infection rate far less, with a mortality rate that is far fewer, than what happened in Australia and the US last winter....

This media campaign about what appears to be a not extraordinary influenza outbreak, has created a panic that Orson Wells would be proud of. It has damage China's trade and tourism at a time that is very convenient for the US. Is this a case of fake news for political purposes, with people being placed in quarantine for no good reason other than to maintain a facade?

the new viral warfare is being waged via the media


* PS
EXCELLENT CHANNEL 7 NEWS STORY - I have been saying for ages: "Please lets see the statistics on how many of the people who have been TREATED for the flu & who have had the vaccine have CONTRACTED winter influenza." - This story by Channel 7 News says 20% (1in 5) is a very conservative guess statistic - Why are they trying to force a back log of a vaccine on us, that doesn't really work? If these were the statistics on a natural therapy treatment the drug companies would be demanding it be banned right now.....

The Best Traditional Antiviral Is TURMERIC!

If you are traveling take turmeric to help stay virus free - and it cost almost nothing.
See this YouTube video for an explanation of its anti-viral properties

Based on the last proposed legislation-However, these images do not include all of the 26 new proposed reactor sites and the additional 18 Nuclear waste “Treatment” plants(dump sites) 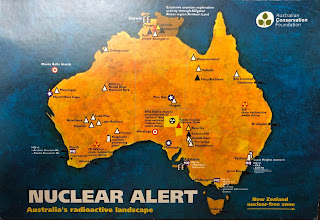 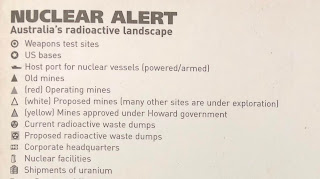 Posted by Shambhallah at 15:23 No comments: 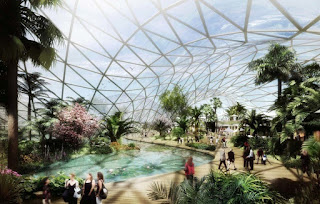 Greenhouses make things grow lush - The original green house gasses were water vapour made heavy and dark with, nitrous oxide, hydrofluorocarbons, perfluorocarbons and sulphur hexafluoride and lead which caused acid rain and a “hole in the ozone layer” not the other way around. The Kyoto protocol reversed this basic science and tried to tell us that the Earth’s atmosphere is mostly co2 not 70% nitrogen. Without the primary greenhouse gases in Earth's atmosphere  & water vapour, the average temperature of Earth's surface would drop to about −18 °C (0 °F), at night rather than the present average of 15 °C (59 °F) & soar during the day!

What we are experiencing sounds more like the lack there-of .....Doesn’t it to you too?
So why the misinformation?
The Nuclear agenda!!1!
Ever heard of the “Nuclear Winter Effect” and how that will deviate the environment?
How can we forget this? It was the premises for the Matrix movies : ) !!!

On the basis of common sense - carbon in the atmosphere makes things cooler not hotter -it makes clouds form- carbon, neither CO2 or C6 carbon particles, has EVER been green house gas’ as one shower of rain and they are gone - they sit low in the atmosphere and are localised and cannot trap heat globally- additionally carbon in the atmosphere causes rain..... the original greenhouse effect was “Theorised” to be caused by “lead” (Pb)pollutants in the atmosphere- that’s why we switched to unleaded petrols - Remember - Why are all the oldies suffering amnesia on this issue???- Is it too hard to think and remember basic high-school science?

Think of the drug companies who employ scientist to”prove” that poison is not poisonous all the time - that is why there needs to be peer review from outside of their conclave - by non-agendaed scientists - so why are the non-agendaed scientists being derided when they find different results???
The hidden Nuclear agenda in the proposed climate legislation- 26 reactors proposed for Australia alone - and the UN wants Australia to “manage” all the nuclear waste from the rest of the whole world too.!

PLEASE SHARE debate and discuss this - but please make others aware of the Nuclear climate agenda. 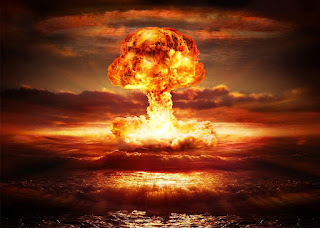 Posted by Shambhallah at 14:54 No comments: